After our chance meeting at the gorge, including lots more photos, hugs and hand shaking, we were on our way.  As I started up the car Scott said “Home James and don’t hold the horses “, I laughed because it was so touching that he wanted to use humour to make me happy and I knew he had no idea what that line meant as I had never explained the phrase to him when I said it at the Torrumbarry hotel a week earlier.

We were both very tired and we had an 80 kilometre trip home to Morgan.  Scott had a cat nap and I stopped occasionally to take photos of the amazing sunset across the salt planes surrounding us, only a few kilometres from Burra.  The sky was enormous and the landscape was unbelievably flat and stretched to a distant horizon distorted by the misty atmosphere of sage blue salt bush.  I love the rustic, old heavy, grey timber fence posts leaning in different directions, strung together with feeble wires and a crowned edge of rusty, barbed wire. 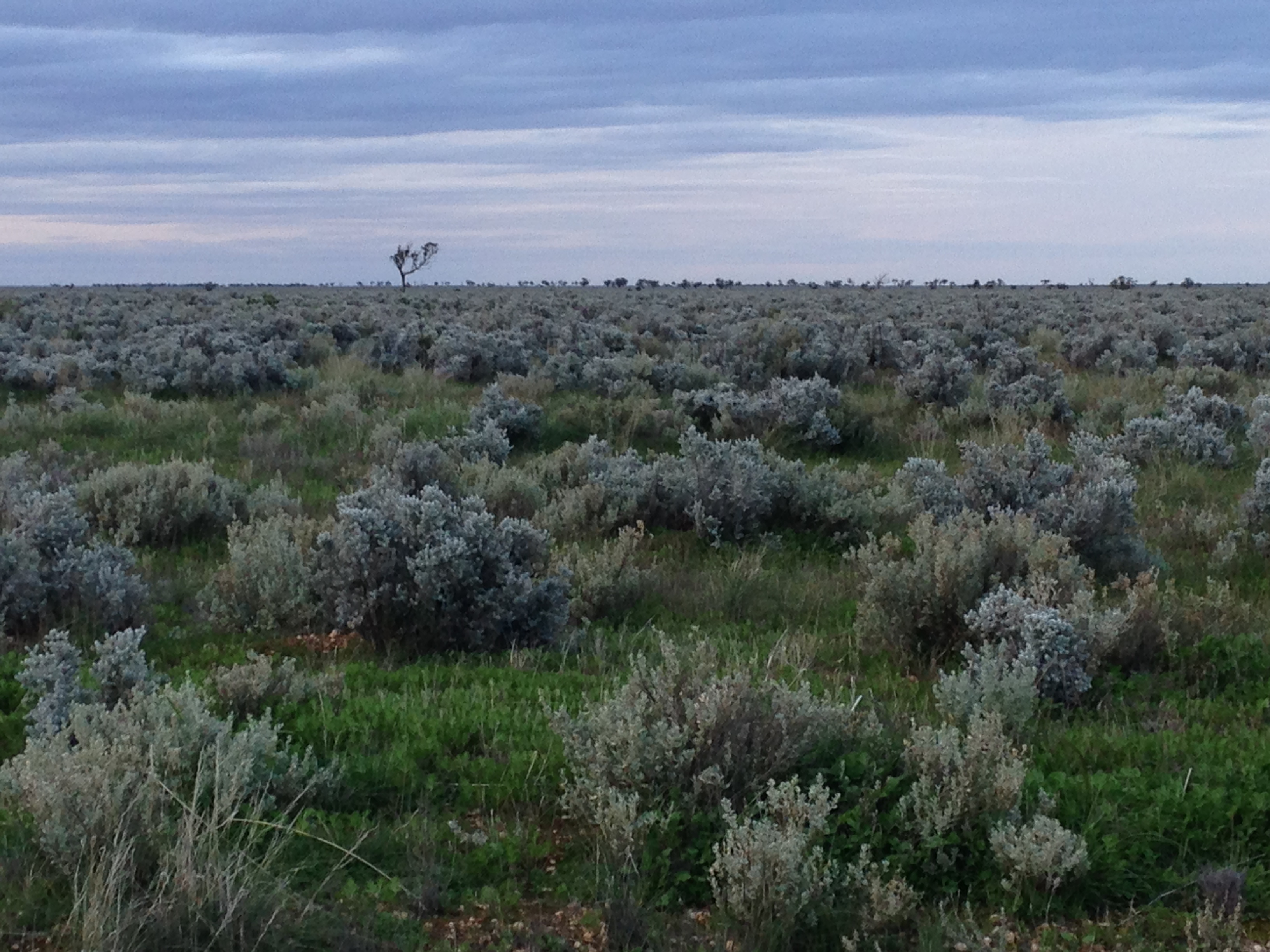 I day dreamed about how much my dad would have loved this journey and it was very satisfying to be driving his precious four-wheel drive.  It felt like he was with us some of the time, especially as he loved the Australian outdoors and in his youth spent many special moments looking at the same Murray River and bushland as we were now embracing and interpreting, even more special if he knew Scott and I were sharing the experience. 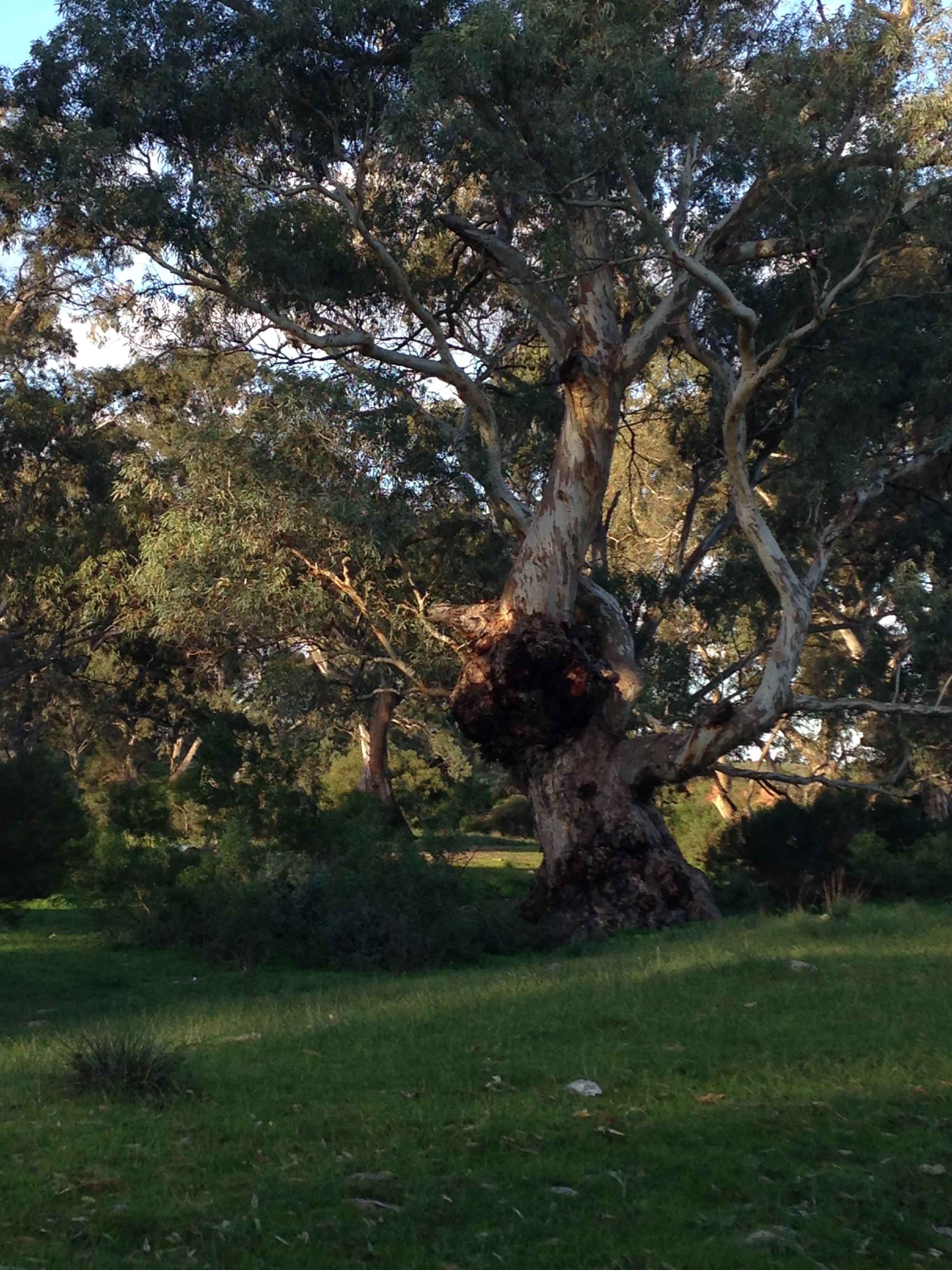 It got darker and started to rain; Scott and I finished our journey for the day chatting about why he is so loud in public and why he has to continuously talk. We could be together for hours and he would hardly say a thing, then as soon as he had an audience, he talked incessantly, about insignificant subjects, often supported by laughter and a need to be in control of the situation and as a companion and friend I sometimes find it very hard to stop him.

I have a few silent signals, such as a shortening of the space between my finger tips to ask him to talk quietly or not so loud.  I have also learnt to distract him with something that I know he will be interested in or I just let him go and let the receiving end work it out, sometimes that goes very well as people appreciate his anxiety and calmly cater to his demands.

Stress really brings out the obsessive facial and body movements, mostly when he is put in a position with strangers or there’s a demand on him answering questions or things appear out-of-order in his mind, in other words he doesn’t know what to do to fit in or what the outcome is so the behaviour is erratic.

I am realising Scott is a very complicated individual and his ability to interpret the world around him requires him to constantly adjust because the world keeps changing.  He is very kinaesthetic, he is mostly satisfied and competent when his brain can see the action.

I wonder if he thinks in pictures, I know I do.  If I have a task, including writing, my mind automatically creates a picture based on what I have learnt, if somebody explains something to me, it’s very difficult to grasp the concept but once it’s shown to me it’s embedded on my mind and I can expand  on other pictures and outcomes. Possibly our interest in art is connected to our ability to hold pictures in our heads.

A lot of people want to interact with Scott, they want to talk to him and have a conversation but don’t  understand, he can hear what you are saying and in his head he knows the answer but the ability to return the answer or hold open discussion is extraordinary difficult and frustrating. Many people, trying to find a way, increase Scott’s exasperation by asking another question, hoping to make it easier for him. They believe that they are giving him a greater choice or opportunity to answer them, the fact is, this just makes it worse because he then has two questions to answer and very few, if anybody has time to wait while Scott sorts out the information, let alone another question.

Another annoyance for Scott is when people think if they talk louder maybe it will inspire him to chat on. Considering he has acute hearing and vision this yelling only aggravates the communication. I have seen him just give up and walk away or get very frustrated and react badly by groaning or even swearing.  His main line of defence is to talk first and pick subjects that don’t require answers, because then he is in charge of the subject matter. I think that’s very clever.

It was very interesting for me, as while we were travelling we had no TV, no newspapers or radio and this void of entertainment allowed time and patience to talk and listen.  When I gave him time and took away the pressure of spontaneity he started to communicate, and of course when I could talk and he had time to write it down his communication skills greatly improved. The writing may create the picture that Scott’s mind needs to link to speech. I noticed after we had sessions of writing down actions and reflections on what we had done he spoke more freely and had a much better flow in his conversation and even asked questions and included some of his own opinions, mostly about our diet and how I wasn’t working as hard as he was! The time also allowed Scott to laugh, even at himself.

I have noticed art and music are calming and soothing and appear to bring a lot of satisfaction into Scott’s life. The art is not necessarily an interpretation of how he sees the world but a method of putting down colours and shapes in which he knows the outcome. I have also noticed music blocks out the peripheral noise of what’s happening around him so he can focus.

One day he was in a really good mood and we went to a tourist attraction that was full of children, Scott became very anxious and inappropriate and sort of angry.  I took him aside and asked “what’s wrong, if you tell me, I might be able to help you?” this was met with more anger and confusion.  We moved outside and I asked him again, what it was that annoyed him so much, there was a long pause and he said the kids and the noise.  I then appreciated that children make a lot of noise and often it’s very loud and high-pitched.  Scott’s hearing being so acute, I can appreciate it’s very annoying.  Scott also has great difficulty with the interaction and confrontation between the children and the parents, when a parent is correcting or growling at their child Scott sees it as very confrontational and out of his control, he then said “I hate all the people touching and pushing me.”  Once again I appreciated what he felt, we all get a little more anxious when we’re in tight spots and strangers seem to be in our personal space.  He appears to become almost claustrophobic; I think I have found my autistic side, we both hate crowds and we don’t like noise, we’re both full of confidence to talk to people, but we like to be alone.

On our trip Scott’s become nicer and nicer and he doesn’t lose his temper, he is quick to pick me up if I get irritable, he hardly ever swears and appears to be more relaxed. I put this down to lists and our new form of communicating, by writing down thoughts and feelings and planning the day before the event.  I think Scott enjoys the responsibility and having a purpose, if we’re moving on, he knows what the routine is and he really appreciates being in charge and we’re both proud of a job well done. 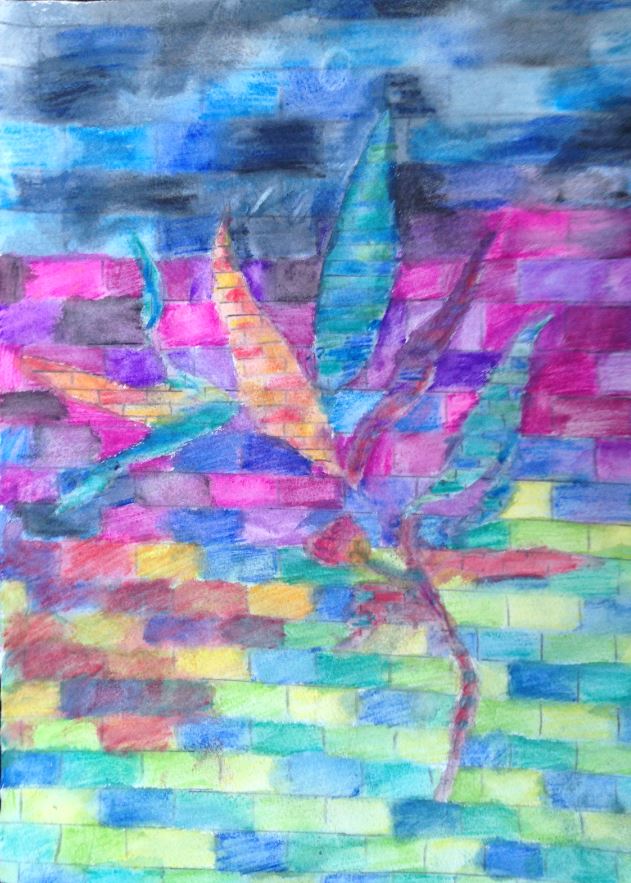