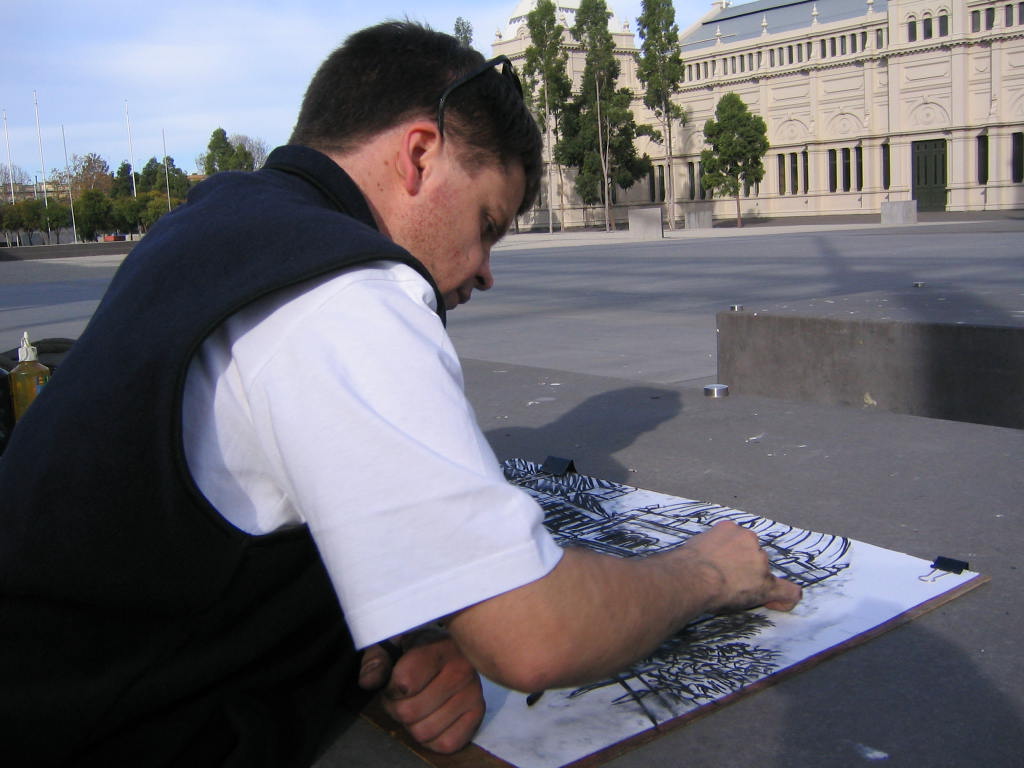 Scott, Geoff and I head over tomorrow morning to pick up the caravan.  Scott is very excited but especially about shopping for food this afternoon.  Scott’s list is basically Tim Tams, Cola and party food…

“Kids don’t stay with you if you do it right. It’s the one job where, the better you are; the more surely you won’t be needed in the long run.” —Barbara Kingsolve

I had a great mother’s day; my two sons, my daughter in law and two grand children add a richness that makes my life shine.  Being their mum makes me proud of how tough and outspoken I am.  I have always felt my children should be able to stand alone and have a full life, facing their happiness and miseries through their own experiences of success and failure, growing into successful individuals. This means I should be able to step aside, even pass away, and they will be able to continue their lives with freedom of mind and success.

I believe lots of people will think Scott is incredibly competent as they read our story, and in many ways he is, but he is very challenged by his short comings. Scott’s communication is seriously affected and although he understands many of the things people talk to him about it’s an enormous confrontation when people expect a response.  Scott’s mind has to mechanically recall lots of information to express what he would like to say and one has to be very patient to have a conversation with him, most of his answers have to be carefully digested in his brain through a lot of recall and rehearsal before the answer or discussion gets any flow.

Most people are far too impatient in this fast world to wait for Scott to discuss the finer details of life, even the weather, although Scott  wouldn’t be very interested in that. Having said that, he has an extraordinary memory. Once a thought is installed in his mind it will be repetitively discussed many times.

Only by unselfish, tough decisions and a willingness to let go has Scott’s growth strengthened.   His independence has been established by his own need to be free and a community that has tolerated his idiosyncrasies and often inappropriate behaviour. That tough love and willingness to let him experience his own success and failures taught him a lot of survival skills and he utilises these skills to establish independent relationships and the ability to look, learn and find what satisfies him in his life.